" A huge, hungry male bear
appeared and let us take
photos of him...

Experience the touch of the
wilderness during different seasons

The environment with its diverse nature and fauna makes it an ideal destination for adventure tourists.

It is said to be one of Finland's last wilderness areas.  You can explore the area by walking along marked trails, take a refreshing break by a campfire, and then continuing your journey.  At Martinselkonen you can find watery bogs and small ponds, old-growth forest, moss-covered spruces.

At Martinselkonen you are outside of everything, part of nature, as if the rest of the world would not exist.

Proximity to the Russian border

The proximity to the border adds its own exotic atmosphere to the region.  Border guard towers, the border zone, and the scenery on the Russian side are an experience in itself.

Along the border of the Martinselkonen nature conservation area runs the Karttimojoki river(about 8 km).  Karttimojoki ends in the rapid Taivalkoski, which is the largest rapid in Suomussalmi.  It has received its name from the Finnish words tailval, which means a part of a water route that has to be travelled by land, and koski, which means rapid.  To travel on Taivalkoski, people had to pull their boats on the land next to the rapids.  In Taivalkoski you can catch trout, for example.  Taivalkoski finally becomes the calmer Taivaljoki, which leads to Lake Kulmajärvi and on to Kianta.

It has been called the amazon of Finland.  Beavers live by the river, so there are trees felled by the beavers and dam constructions in the area.  With fishing lures you can easily catch pike and sometimes salmon.  By the river you can see a piece of Finnish history.  At one time people were harvesting hay for their animals and storing it in barns along the river.  On the area you can also find remnants of the temporary dwellings, known as meadow saunas, which were used by the workers.  Where the river Karttimojoki splits off into Löytöjoki towards Martinselkonen, there is a memorial for the victims of the partisans.  Karttimojoki has also been a passage way to Vienan Karjala.  Elias Lönnrot travelled this way when collecting poems, and still in the 50's the people in Pirttivaara used rowboats to transport food from Juntusranta.  You can explore the Karttimojoki River by canoe or rowboat.

Through Arola, there is a snowmobile track which takes you through Hossa to Kuusamo or Suomussalmi for example.  You can start your trip from us, or stop in the area to refresh yourself. 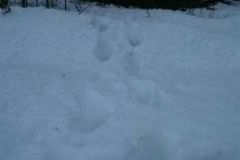 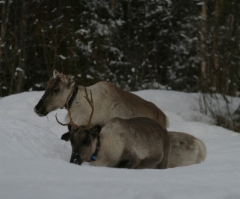 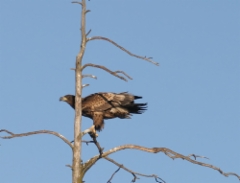 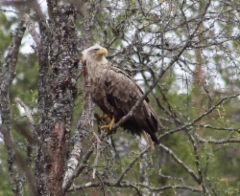 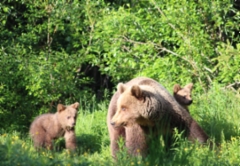 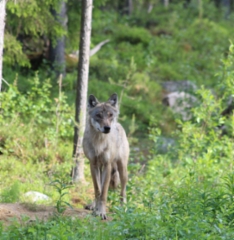 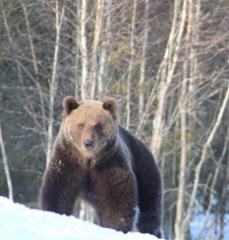 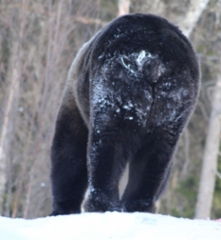